(Back to Zen’s Music History) 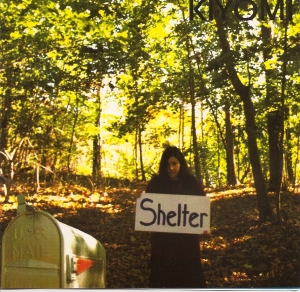 Back in the day, when I was starting out as a performer, I chose to use the name Kiyomi because it’s my middle name and I always felt it embodied my creative side. Something about it being my “middle” name tied it to the “center” of me, which has always been music.

But there are many, many Kiyomi’s out there, a fact that was not so obvious in the days before the internet. In particular, I have been confused with Kiyomi Otaka, a jazz keyboard player from Japan (who, interestingly, was born the same year as me).

When I decided to get back into music, I took the name Zen Greenway to avoid confusion. I’ve been blogging as Zen Greenway for a few years at My Life In Space Time (which now lives on this site, here) and I’ve always looked at her as my cyber-self. (I’m a big Sims player and Zen was my first virtual name, so we’ve been together for a long time. I’m also Zen in Second Life.)

Back when I was Kiyomi, I released a CD called Shelter. There are still some copies of it floating around (on Amazon, for one, though they’ve got it listed under Kiyomi Otaka), so if you buy one and I get really famous, it could be a collectors item! Woohoo! Personally, I find that both ironic and hilarious.

I have re-released Shelter as Zen Greenway so you can listen to it on Soundcloud and Spotify (and buy it on iTunes and Amazon if you so desire).

(Back to Zen’s Music History)